Kill Bill Vol. 2 (2004) is the second part of the Kill Bill duology by Quentin Tarantino, and is still considered as part of his fourth film in his filmography. Uma Thurman returns in the role as The Bride, and in this volume shows her origin story, as well as her journey to meet her ex-lover, Bill.

There are several things that are important from this finale, and one of them was to keep a consistent tone with this first film. As this film was made to be released in one, not in two, it is clear that the tone and editing style of the film is consistent. There is still a lot of bold choices and distinct stylistic choices that I adore, and I was never bored or questioning a stylistic choice for the entire four hours.

Somehow, the choreography for the fighting sequences here were even better than the first volume. Yes, the fight sequences were less overwhelming and simpler, but they were still well choreographed. I particularly loved the battle between The Bride and Elle Driver, especially the final moments of the battle. It was brutal and bloody and I loved it.

Uma Thurman is even more captivating in this film than she was in volume one, and I love the emotional moments she got to play out in this film. The opening scene with her in the car is incredibly strong, both narratively and in terms of character development, and I adore watching her in anything that she is in.

I was not expecting this film to be as emotional as it was, particularly in the last hour of the film. Tarantino made some bold choices narratively which I appreciate, and even people who don’t care for the style or violence will be able to connect with the emotion of this story. It helps that the character development drives this narrative and, considering how fleshed out they are, you feel for them and their situation.
I do think that Tarantino gets a little self-indulgent here and stretches things out way longer than he needs to. I did not think that this chapter needed to be over 2 hours long, but I am just getting used to Tarantino and his editing style. I think the villains in this part are slightly weaker, in terms of personality and impact that they have overall. Yes, Bill is obviously incredibly well written and performed. I just didn’t connect to Elle or Budd as much as I wish I was. 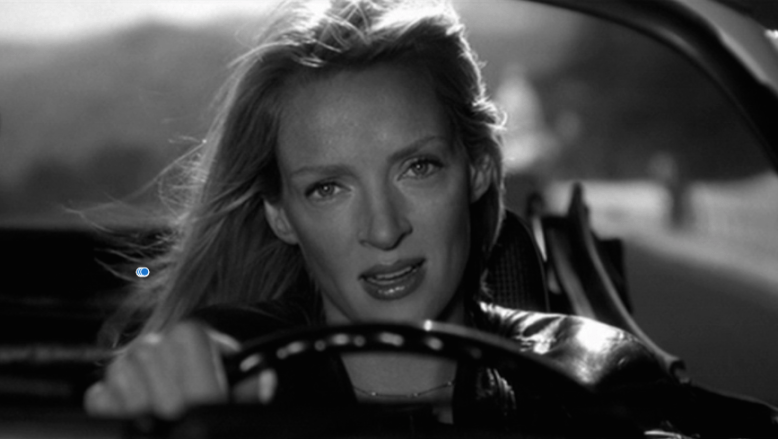 I may think that the first half of this story was stronger, but Kill Bill Vol 2 is a satisfying ending to a 4-hour action drama. There is so much to love about this film, particularly how strong the heart is with this film and how clever the narrative and script is. I know I will be watching both Kill Bill films in the near future.

Have you seen Kill Bill Vol. 2 yet? Which volume did you prefer, and are you a fan of this duology? Let me know in the comments below and let’s have a discussion.