All the Bright Places (2020) is a teen romantic drama, adapted by Netflix from the novel of the same title by Jennifer Niven. Directed by Brett Haley (Hearts Beat Loud), this film stars Elle Fanning and Justice Smith. When sent on an assignment to find special places in their local area, Violet (Fanning) and Theodore (Smith) connect together through their dark past and mental illnesses.

This entire film is held on the performances of the two leading characters, so it is vital that they give not only strong performances, but that the chemistry feels real. Here, Justice Smith and Elle Fanning give wonderful performances that not only sell me on their relationship, but the fact that they could genuinely be teenagers and in this situation. The writing of these characters paired with their performances ground them, making them feel genuine and giving us a chance to see their chemistry develop over the runtime organically.

Having seen and read a lot of the teen romances that have popularised in the past decade, there are some major tropes and story developments that occur within this genre. Whilst All the Bright Places keep that familiar sense of the genre, it does enough to break away from some of the tropes. I appreciated how bold the story itself was, tackling mental health as opposed to physical health and how this film focused on the journeys that the characters took, not the locations they went to.

Whilst this film may be simple in its presentation and editing, it works extremely well for the subject matter. This particularly works in the opening few minutes, where what appears on screen isn’t the full truth to the situation and what is actually happening is explained further on. The editing of the film does not lean heavily on one particular character, letting us spend time with both of them individually as well as together. This also helps us follow both characters on a journey together, creating a huge impact by the end of the film. 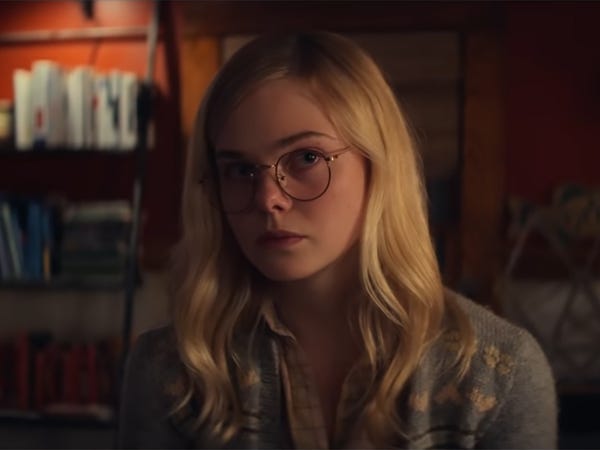 This film explores mental health in several different ways, and both characters go on completely different journeys. The main focus for a majority of the film is on Violet and the issues she has had in her past. Her storyline is completely clear in terms of development, and her journey is explored thoroughly and sensitively. I think the script did wonderfully exploring her traumatic past and her development of moving on and trying to change her mindset for the positive.

In contrast, Theodore’s storyline is completely different. In a first glance, it would seem like he is a saviour to Violet and is completely fine himself. However, this film highlights that not all mental health is visible to the eye and people may be suffering silently. I wish this idea was explored further, as I felt his mental health storyline was rushed and escalated extremely quickly in the second half of this film. It is a great topic and subject matter, but it could have been written a little bit better for the ending to leave me as it intends to.

There are several supporting characters that are used to develop the plot of the film, but they all felt very insignificant to the story itself. Aside from Theodore’s sister, Kate (played by Alexandra Shipp), none of the characters felt real or fleshed out. I did not feel like any of them cared truly about the lead two characters or fit in the grounded world the rest of this film takes place in, almost feeling like stereotypical characters that are found in generic teen romances. Acting just as barrier blocks for our leading couple, I wish more was done with the supporting roles here.

As someone who has grown up during the rising phase of the teen romance book-to-film adaptations, such as The Fault In Our Stars and Me Before You, this kept the familiar tones whilst also being a breath of fresh air. The romance is completely believable and the two leads are so engaging that you end up falling in love with their story, even if I could have done with more drama and development of the mental health issues that are brought up. Overall though, this is a solid film and one that can be found right now on Netflix. Just make sure that you are okay with the subject matter before jumping right in.

Have you had a chance to check out All the Bright Places yet? How do you think it handled the tough subject matters? Let me know your thoughts in the comments section below.