Disclaimer: This review is only possible because I went to the cinema to see the film. I am in a position where my country has a low rate of transmission of COVID-19 and I, alongside my household, are not in the high-risk category. I made a personal choice to attend the cinema, and I am pleased with how my cinema chain has handled social distancing and spot checks throughout the entire film.

I am in a position to go to a cinema, but that does not mean everyone else is. If you do not feel safe to go to the cinema, then don’t. No film is worth your health, especially if you are in an area or country with a high rate of transmission. If you or a household member is of high-risk from the virus, I would not recommend risking the trip. If you feel that your cinema is not taking the right procedures in social distancing or wearing masks, I would recommend not giving them your support and staying away. Just because films are being released and cinemas are starting to re-open does not mean the virus has gone away.

If you choose to go to the cinema this weekend or any time soon, enjoy yourself! It’s great that the film industry is finally able to make back some money and give us some much-needed entertainment. I also encourage you, however, to be respectful of those around you. The staff at these chains are potentially risking their lives daily to provide you with entertainment, so be respectful to them. Make sure to also respect other film fans who will be turning up, wearing your mask, and sticking to the social distancing guidelines in your local area.

Stay safe and put your health before any film, even if it means you are not ready to go to the cinema yet.

The New Mutants (2020) is a horror superhero movie based on the characters of the same name as part of the Marvel graphic novels, created by Chris Claremont and Bob McLeod. Directed by Josh Boone, this film stars Maisie Williams, Anya Taylor-Joy, Charlie Heaton, Blu Hunt and Henry Zaga. Danielle Moonstar (Hunt) is placed in what appears to be a hospital set up especially for Mutants, but soon discovers from her fellow patients that things are not as they seem.

Whilst this is a concept that is not original, I am always intrigued to see how the story handles the situation. Mutants within themselves are characters with incredible powers, some of which they simply cannot control. The idea of a darker film alongside the X-Men franchise that takes a horror approach works well in formula, just based on the idea of these Mutants not being able to withhold their power or know how to fully use them. Whilst I have seen other films attempt a similar story in the past few years, it is one that can be freshened up and retold in different formats and still work.
The reason the film has some potential and level of engagement to it comes down purely to the characters, which I struggle to give credit to the filmmakers for as they are based on pre-existing models from the comic book. These characters have some wonderful abilities though, and I particularly like the fact that they cannot fully control them at this point. There are some great details with these characters, from the puppet that Anya Taylor-Joy’s character, Illyana, has with her and the burn mark on Maisie William’s character, Rahne.
There are, as you would expect from now though, many flaws with The New Mutants. Surprisingly though, my biggest issue came from the dialogue and simply how outdated this film felt in tone and style. Whilst these characters are meant to act as teenagers, the dialogue feels like a 40-year-old attempting to understand the teenagers of our generation and failing. Lines come across and extremely cheesy and feel forced, the relationships are over-exaggerated and stereotypical and that makes it very tough to end up caring for any of the characters in this story, no matter how cool or fun their designs are. 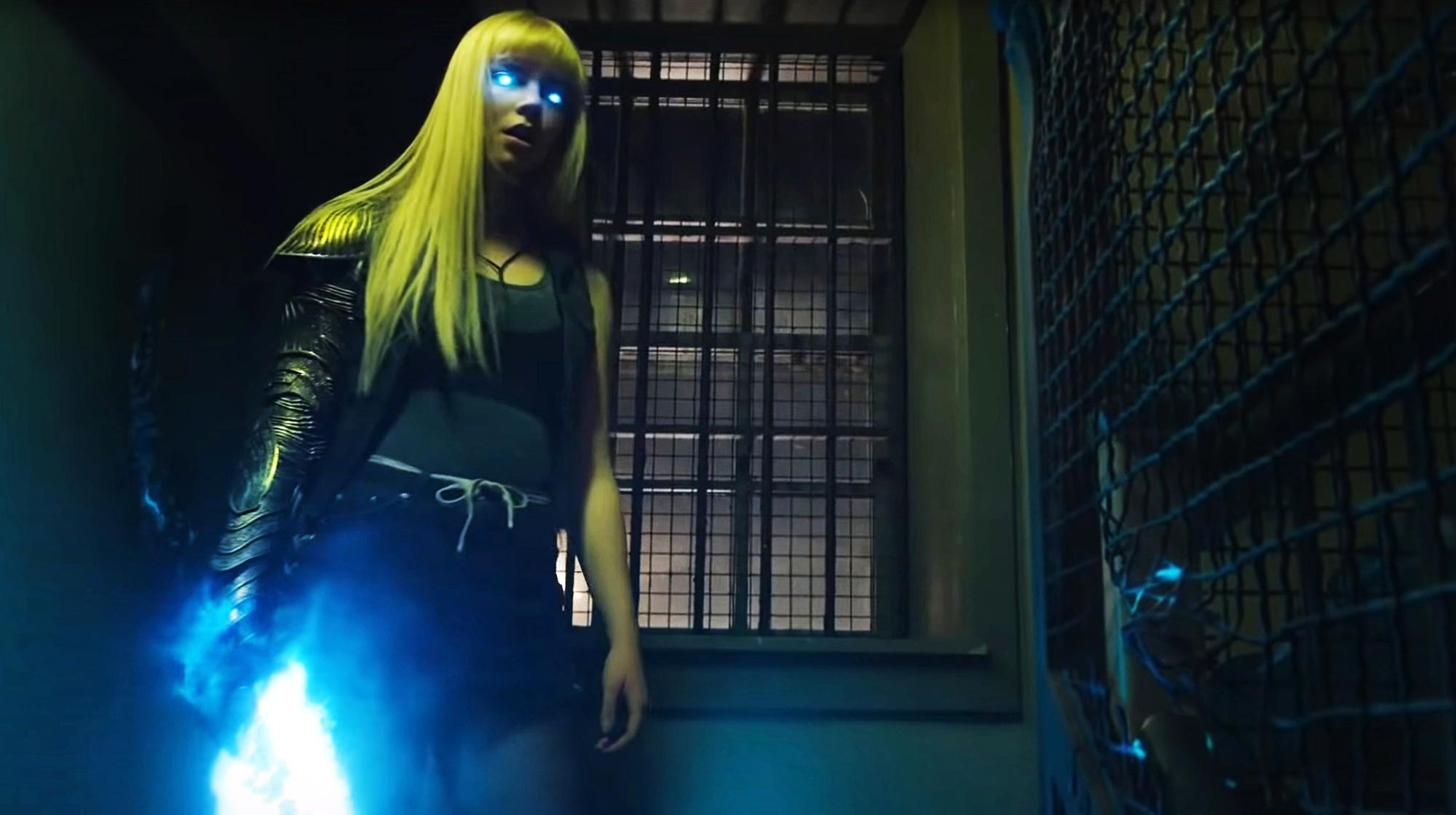 This film had some big plans for fight sequences and extreme horror, and in concept, they are really cool ideas. The issue comes when those big ideas also require big budgets to provide for some top-level visual effects work to make these come to life. Some moments were really well done, particularly the visual work done on Illyana’s powers, but it became clear throughout that the team was not willing to spend as much money on this project as they needed to. Overall, the CGI in this film was distractingly bad, particularly in every scene that Henry Zaga’s Roberto used his Mutant power. There is no purpose in great concepts if you are not willing to make the execution as good as it can be, and this film is a prime example of that.
We have all heard the stories of the many issues that this film had through production, with many edits of the film being reported as “unwatchable”. Whilst this version is just about watchable, it is also clear that a lot was left on the editing floor. At a short 98 minutes, this is a film that could have done with more time to get the audience connected to the characters and fleshed out their individual stories. The pacing feels rushed, there are many transition scenes that feel edited in at the last minute for context and the overall tone of the film is far from consistent.

I don’t know what hurts more with the final release of The Mutants: that we waited three years for this to be the final product, or that this film and story has so much potential. It feels like at the final moments, the team no longer could get this film to come together and just made do and tried to save some money along the way. It is clear that there are cut scenes, cut budgets from the visuals and yet it is also clear that there was some passion that went into this project from the start. This could have been something special, but it feels like it was meant to fall at the first hurdle and begging for a re-do. I would definitely be up for another attempt at this story and these characters, but they first need a clear vision and some confidence in their product before doing so.
2/5